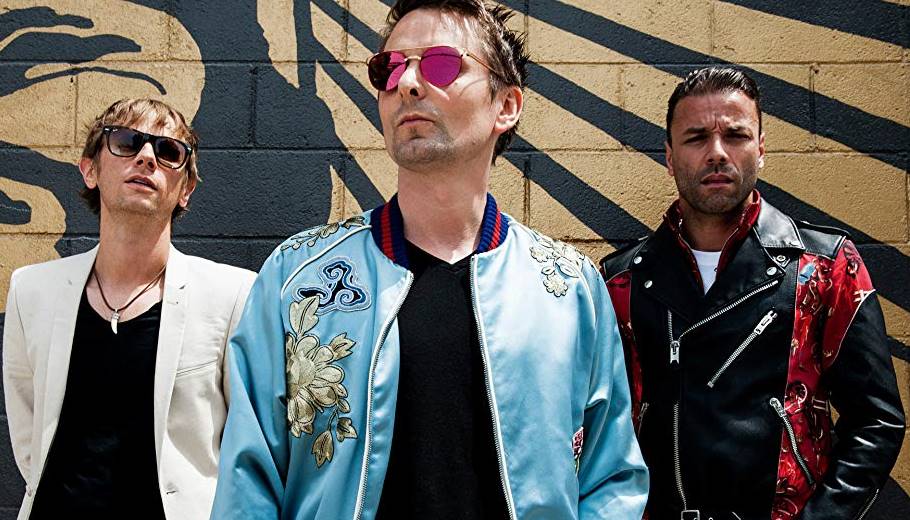 For a band many dismissed as Radiohead copyists when they first arrived on the scene at the turn of the millennium, the trio formerly known as Gothic Plague have done alright for themselves.

From a wildly erratic album – in style and quality – came a brilliant track with unlikely origins.

Written for the 2012 Olympic Games, it’s essentially a fight song and probably not what the Games’ organisers expected. It’s a bit Wagnerian, a lot Queen, and perhaps the extreme end of Muse’s predilection for musical lunacy.

Pitchfork – a site which underrates Muse so much, they didn’t even bother to review the band’s best record, ‘Absolution’ – called it “by far the most ridiculous song on ‘The 2nd Law‘, if not Muse’s entire career, meaning it’s the most successful”. Which is arguably true.

From the band’s debut, comes one of their greatest tracks – it’s raw, rocking, epic and to a large extent responsible for lifting the album of the same name above those offered by their contemporaries (whatever did happen to JJ72?).

Sure, it was ‘Muscle Museum’ that broke them – and it’s a great song too – but ‘Showbiz’ provided the template they’d build upon in the great leap forward that was ‘Origin of Symmetry’.

‘Endlessly’ never comes up in discussions on Muse’s best tracks… until now!

The band’s first real foray into (kind of) electronic music, ‘Endlessly’ is a beautiful detour from the other sounds ‘Absolution’ has to offer. It isn’t a pounding, end-of-the-world rocker, nor a strings-and-piano elegy. It’s simply one of the best – and most underrated – songs they ever did.

And it has “one of those shakers that’s really intense”, as detailed in the clip below.

But damn, this comment I came across on songmeanings.com – I’m not sure I’ll ever hear that line the same ever again.

See also: ‘Algorithm’, ‘Dead Inside’, ‘Map of the Problematique’

An underrated gem at the back end of ‘Absolution’. Matt Bellamy gets to show off his piano skills while the others grab a beer.

The harmonies are perhaps the first sign Muse would later go on to almost literally become Queen.

AKA the one that always makes the top 10 guitar riffs of all-time lists, with a lick that snakes and sizzles more than it pummels.

Matt Bellamy revealed in 2018 the title came from a baby monitor the band saw in a retailer’s catalogue, which inspired a song about “abandoning all individuality, becoming a collective whole via cables, and genetically engineering bodies that can exist out in space, or the loss of individualism”.

And if this is the first time you’ve seen anything from the music video, yes – WTF is the appropriate reaction.

I once played the bassline during a soundcheck, and the crowd reaction was the highlight of our entire gig.

‘Hysteria’ was inspired by an earlier song from the ‘Origin of Symmetry’ sessions called ‘Futurism’. Both have enormous fat basslines, yearning choruses and guitar histrionics – though ‘Hysteria’ is clearly the much-improved version 2.0.

And yes, that’s Justin Theroux in the video smashing up that hotel room – he’d later go on to star in ‘The Leftovers’, a show with a piano theme that – with the addition of an orchestra – could have slotted right onto ‘The Resistance’.

The video says it all, really.

If that was ‘The Phantom Menace’, the prequels would today be held in higher regard than ‘The Empire Strikes Back’. Just that six minutes – no trade negotiations, no Jar-Jar, no midichlorians. Just… whatever the hell is going on here.

It’s been widely reported the song’s riff was inspired by the Tornados’ early ’60s instrumental hit ‘Telstar’, Matt Bellamy’s dad being the band’s guitarist. That song was composed by bandleader Joe Meek. But it bears perhaps an even closer resemblance to the Tornados’ 1963 single, the much relatively obscure ‘Ridin’ the Wind’ – which was composed by his dad George.

Anything you like about Muse, it’s here. Seriously, there’s so much, I have to bullet-point it.

And it could have been terrible. Musewiki.org says, “According to Dom and Matt initially, the song was going to be a quiet song and sweet.” Sweet? Nope.

Even now, as Muse shifts into being a synthpop band, the song lives on as part of the band’s live ‘metal medley’.

If you like what you’re reading and seeing here, kindly consider donating via Patreon so I can justify continuing to do it!